As the Brexit date in October is closing in, more and more British entrepreneurs and companies are chosing to move their headquarters or backup subsidiaries to the Netherlands. The future is still very unclear. No one really knows how reality will look once Brexit takes effect, but the benefits of owning a company in Holland remain plentiful. So which companies are we talking about? And what exactly are the benefits of moving your company? In this article we present you with some pretty logical reasons others deemed important enough, to register a company in the Netherlands. 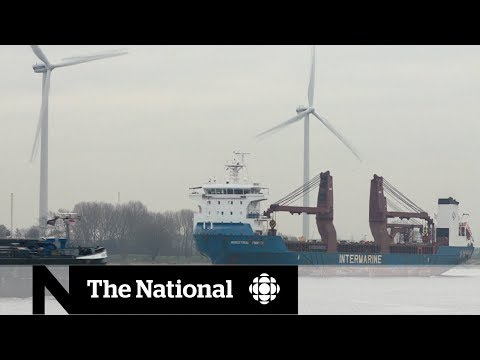 Intercompany Solutions CEO Bjorn Wagemakers and client Brian Mckenzie are featured by CBC News - Dutch Economy braces for the worst with Brexit,  in a visit to our notary public on 12 February 2019.

Many multinationals have already preceded you

The Netherlands Foreign Investment Agency (NFIA) has released information that 98 companies have already settled in the Netherlands. An additional whopping 300+ companies are seriously considering doing the same. These are huge multinationals such as Discovery and Bloomberg, adding a nice variety of newly settled businesses in the Netherlands. It’s especially the financial sector, media and communications and IT and technology that have seen a substantial rise in newly established foreign companies.

Why all the sudden moves?

Obviously Brexit has a large amount of complicated consequences, especially for businesses operating within the European Union. For example; financial institutions are obligated to have European subsidiaries to do business with Europeans and European companies. This is not obligatory for most other companies, though British entrepreneurs will have to deal with both British as well as European clients. Having a subsidiary in the Netherlands will make your daily business activities a lot easier to handle.

The reasons for a company or company subsidiary in Holland are pretty clear. As already stated above; reason number one is definitely the fact that some companies might be lawfully obligated to do so. Other companies might go bankrupt if they don’t tend to their European clients’ needs in the same current timeframe. The connection with Europe stays firm that way, making it possible to continue their business as usual.

A second important reason is the ample amount of subsidies for new businesses and innovations currently offered by the EU. With Brexit these subsidies become unattainable, or at the very least harder to get. This might create stagnation in overall innovative concepts, or new startups. The third reason for a company to move or open a branch office in the Netherlands, is the fact that lengthy border procedures will be completely avoided.

Other reasons worth mentioning are specifically aimed at Holland being a very smart choice for your company. Holland has an extensive and well-operating infrastructure; physically as well as digitally. The different ports and airports are well within a maximum two hour driving distance. Also, there is a reason so many expats have happily chosen the Netherlands in the past. There is a large amount of bilingual personnel, the services Holland offers to foreigners are excellent and the Dutch business market is very stable and secure.

If you want to know more about the whole process of establishing a company in the Netherlands, or would like to hear more about all the benefits, feel free to contact our team anytime. We can answer all your questions and provide you with the necessary information to make a well thought-out decision.