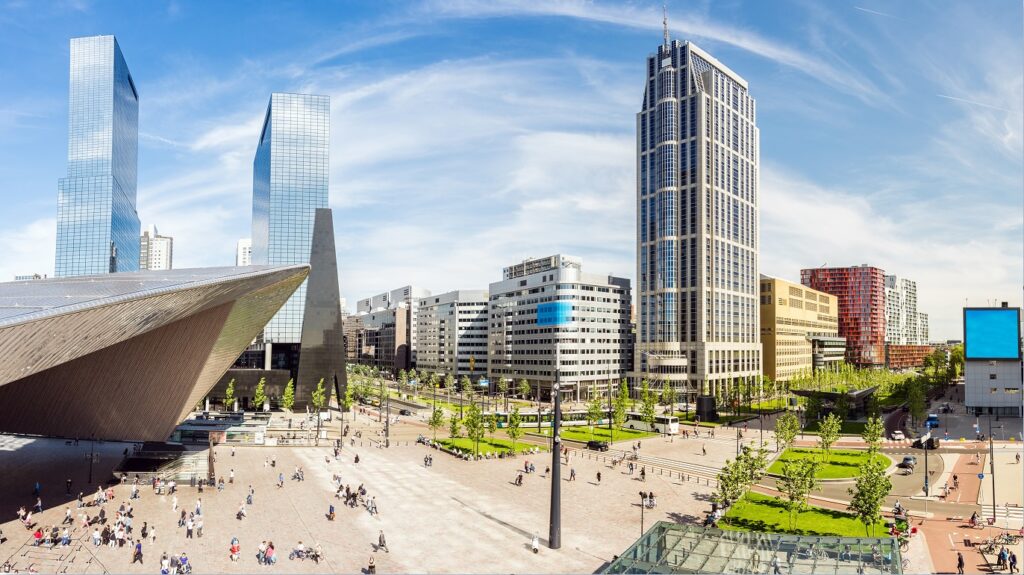 Turkish business owners are moving their companies to the Netherlands

Intercompany Solutions is receiving a growing amount of company registration requests from Turkey. During the past weeks, the annual inflation rate in Turkey has risen to a dangerously high level of 36.1 percent. This is the highest rate ever recorded in the past 19 years. This high inflation also exceeds the rates of average savings rates in Turkey, which were around 15 percent last month. As it is, Turkey is in very real danger of falling prey to hyperinflation.  The average Turkish consumer finds their daily purchases are even more expensive than economists had predicted, during the last month. The prices that consumers had to pay for goods and services rose exponentially, compared to the same month during previous years.

Turkey has already been struggling with ever-increasing inflation for years. The Turkish lira has depreciated considerably in recent months, which is what makes life more expensive for Turks. This doesn’t just concern local goods and products, but imported products also become more expensive as a result. Whilst central banks generally raise interest rates to combat high inflation, the Turkish government and Central Bank seem to do the exact opposite, by cutting interest rates. Economists believe that this led to the Lira dropping massively.

What does this mean for Turkish consumers?

Inflation is an economic process during which money decreases in value, as average prices (the general price level) rise. A strong inflation has a lot of influence on the purchasing power of the citizens of any given country. It also influences the worth of your savings. For example, if the inflation rate is higher than the savings rate, this will mean that your savings can buy less products or services. The money you own will simply be worth less, whilst the prices of all goods and services rise. This can create situations in which people aren’t even able to pay for basic necessities anymore. In the Netherlands the inflation rose as well, but considerably less than in Turkey. The current difference in The Netherlands between the savings and inflation rate is around 3%, whilst in Turkey it’s more than 20%.

Given the very fast increase in inflation, it is a continuous race for residents of Turkey against the increasing devaluation of money. Due to the fact that the value of the Lira is eroding in such a fast tempo, consumers in Turkey have started putting their money in more robust goods and products that can stand the test of time. Gold can always be a sensible investment in such situations. Due to the hyperinflation, consumers in Turkey are looking for purchases that are expected to hold their value better than their own currency.

What does this mean for Turkish entrepreneurs?

Of course, the hyperinflation does not just affect consumers and citizens alone. Business owners are experiencing immense trouble as well, just to keep their heads above water. Since consumers have less money to spend and products have become more expensive, entrepreneurs are looking for alternative ways to save their companies. Due to the decline of the Lira, many companies are near bankruptcy. This is why it might be a safe bet to move your company to another country, where there are less severe inflation problems. The entire world is currently in the grip of inflation issues, but nowhere does it seem to be as severe as in Turkey. If you want your company to survive, moving or expanding to an EU member state might be your best bet.

The European Union is a highly competitive market that offers many benefits to international entrepreneurs. The EU Single Market is one of the main benefits, offering every business owner in the EU to trade goods and products freely within the boundaries of the union. Next to that, the tax rates in the EU are being harmonized. This means that trade between EU member states is becoming more and more easy, without the hassle of having to pass any customs. This will also save you a lot of administrative work.

Choosing the Netherlands as your new location: what are the benefits?

The Netherlands is also an EU member state and, thus, has access to the European Single Market. But Holland offers a wide plethora of other benefits to foreign entrepreneurs. One of the main things the country is famous for, is its trading capabilities. For example, the Netherlands has made the originally Turkish tulip a worldwide known staple. The flower is now famous, due to the fact that the Dutch are shipping the flower all over the world. If you want more exposure for your company, the Netherlands is a very good option. There is a very vibrant community of foreign entrepreneurs, whom you can also meet at various networking events, should you be interested. You also have access to the port of Rotterdam and Schiphol airport, which are two massive logistics hubs any company can profit from. The Dutch are also very welcoming to foreign businessmen.

Company registration in the Netherlands: what you need to know

If you choose to establish a Dutch business, you will have to choose a legal entity. By far, the most chosen option is a Dutch subsidiary in the form of a Dutch BV (Besloten Vennootschap), which is a private limited company. You will need to provide information such as your company name, the directors involved and your company activities. If you decide to let Intercompany Solutions help you, we can finish the process for you in just a few business days. We can also assist you with various other activities, such as setting up a Dutch bank account, and finding a suitable location for your business. Want to know more about the possibilities? Feel free to contact us anytime.