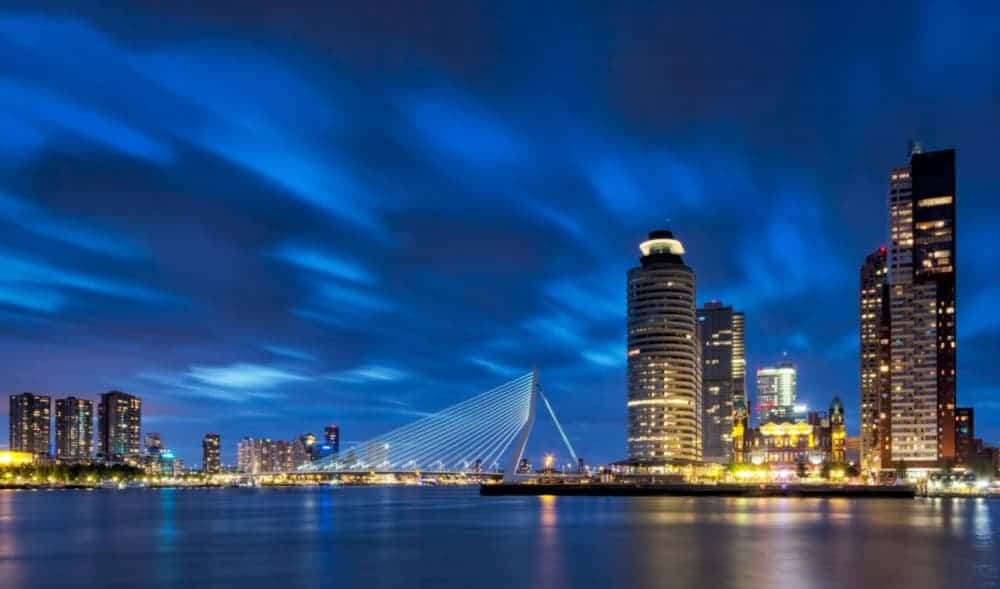 The media report daily on the mind-blowing achievements of the global leader in high technology – the Silicon Valley in San Francisco. Still, they are missing something. A country that appears quite small on the map is slowly emerging as a new leader in technological innovations. Thanks to its first-class technological and scientific advancements and workforce with excellent qualifications, the Netherlands will soon rival the Silicon Valley.

The home of Philips has the best business climate for start-ups in the EU, highly knowledgeable experts with a knack for technology and open business culture. It has developed an extraordinary European ecosystem for entrepreneurs.

It may seem odd to compare a country with a city, but this is not the intention of the present article. The Netherlands is bigger not only with respect to population and size, but also as regards entrepreneurship and disruptive innovation.

Furthermore, in contrast to the other major leaders on the European sci-tech scene – Germany and the United Kingdom – the Dutch expertise is not centralized in the capital. A number of flourishing technology hubs are scattered on the territory of the Netherlands. The start-up ecosystem radiates from the southern to the northernmost parts of the country and its achievements in the field of science and technology can surely surpass the triumphs of the prevailing backbone of high technology – the Silicon Valley in San Francisco.

Western Europe’s start-up capital, Amsterdam, is rated third for scale-ups and start-ups in 2016. It attracts tech-savvy experts and growing businesses. Its programmes StartupDelta and StartupAmsterdam support start-ups in their development, establishment of connections and growth. The capital also has its own Science Park housing research institutes, excellent technical facilities, a Database of Business and Science and a special area for cooperative work of innovative start-ups operating in the field of science and high technology.

The financial technology unicorn Adyen was established in the start-up ecosystem of Amsterdam. Now the company is worth USD 2.3 billion. Its clients include Airbnb, Spotify, Uber and Netflix. Furthermore, many companies established in the Silicon Valley have registered offices in Amsterdam, including Uber, Cisco and Google.

Read more on starting your company in Amsterdam

Eindhoven, where the company Philips was born, also hosts the world’s smartest square kilometre: the business park High Tech Campus. It was the first home of Philips Research (NatLab). Presently the park is a centre for talented specialist qualified in the field of technology with 140+ high technology institutes and companies, including IBM, ASML, NXP, Intel and Philips located there.

Additionally, Eindhoven has an extensive network of Research and Development and academic facilities, such as the Eindhoven TU/e. The extraordinary design and high-tech climate in Eindhoven has prompted the Singularity University based in San Francisco’s Silicon Valley to open a hub for innovations in the city. Its mission is to gather industry leaders representing research institutions, start-ups, other businesses and the government with the aim to design and test in practice technological solutions to humanity’s greatest challenges.

Famous with its talented specialists, Groningen is second only to Amsterdam with respect to the number of prosperous start-ups. The Deloitte’s Technology Fast 50 ranking includes the fifty fastest growing technology companies in the Netherlands. In the 2016 ranking, 12 companies were located in Amsterdam and 7 in Groningen. Furthermore, the internet search giant Google chose Eemshaven (North Groningen) as the location of its new data centre.

Groningen is also the home of the most resourceful business growth accelerator for existing companies and start-ups in Northern Holland, VentureLab North. The Founded in Groningen portal supports, promotes and connects companies, initiatives and start-ups. Its impressive background includes 435 businesses established in the city.

Besides hosting the production site of the popular Delftware, the city is the home of the largest technological university in the country – TU Delft. It also has one of the greatest student populations in the country: approximately 10 to 15 percent of its 100,000 citizens are students. This lively city is focused on the development of high technology innovations. Hardware and engineering are two of the strong areas of work in Delft.

The high technology ecosystem of the city is the birthplace of YES!Delft, an incubator for start-ups. Established 12 years ago, it has already helped 200+ companies working in the field of technology, including inkless printing and modern laser technologies.

The city is among the most sustainable, healthiest environments worldwide and has given rise to many modern innovations. It has a Science Park, famous for its achievements in 3D-bioprinting, regenerative medicine, cancer research, organoids and stem cells, and smart solutions for urban sustainability. The park hosts 80+ businesses and organizations with a total labour force of 22,000 or about 21 percent of the city’s population.

Furthermore, the local ecosystem gave rise to a top 10 European incubator: UtrechtInc. The incubator also opened a creative centre for sustainability in start-ups called the Garage.

Read more on starting your company in Utrecht

The City of Justice and Peace may be the last on our list, but it is definitely not the least in importance. The Hague is the spine of the Dutch security branch. It hosts the best European security cluster: the Security Delta. It helps start-ups in the field of cybersecurity, and in cooperation with the government, knowledge institutions and businesses it supports innovations in urban and national security, cybersecurity, forensics and critical infrastructure protection. The Hague Security Delta Campus is among the ten Dutch locations designated as major start-up hotspots by StartupDelta.

One of the many successful start-ups in the field of security established in the city is HackerOne, a Dutch-US company representing an ethical platform of hackers. Companies can employ hackers to search for security issues and bugs. In 2015 HackerOne generated a profit of 25 million USD and has worked with Slack, Twitter and Uber.

Read more on starting your company in The Hague

Several other thriving technology hubs in Holland are also worth mentioning:

In summary, Holland fosters an extraordinary ecosystem for game-changing innovations and developments in the field of science and high technology, highly qualified IT professionals and aspiring entrepreneurs. Thus the country deserves to be called the European Silicon Valley.

In case you intend to establish a company in a popular Dutch start-up city, our specialists in company formation can give you more details on registering entities in The Netherlands and assist you throughout the process.