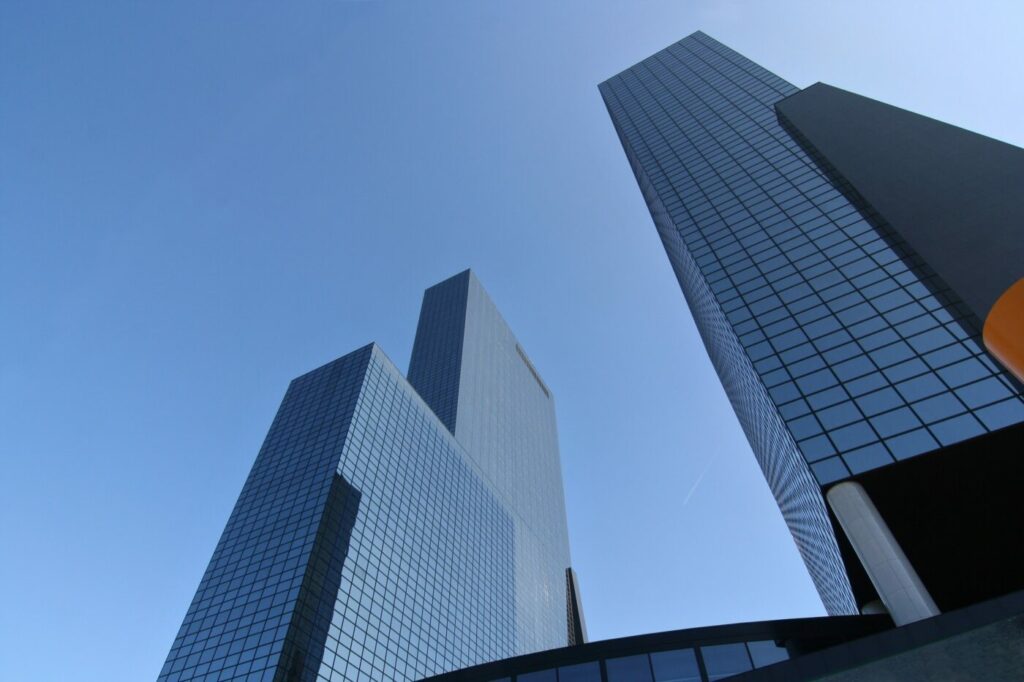 Rotterdam is the Perfect Location for an International Business

Rotterdam offers international corporations a rewarding, internationally oriented and stable business climate. The second biggest city in the Netherland is more than a good choice for establishing a business. Rotterdam offers great quality for your money and represents a gateway to the European market.

The Netherlands is internationally oriented

Holland is an internationally oriented European country. People of any nationality are welcome to work and live here. Rotterdam hosts more than 170 nationalities (> 30 000 immigrants) that give it a cosmopolitan, global personality.

Most Dutch nationals are bilingual and the majority of them speak English, besides their native language. The local economy, which is very dependent on trade with other countries, is famous for its relatively low rates of unemployment and inflation, and its stability. Holland also offers a highly qualified, strong labour force. All these factors contribute to its attractiveness for investors and entrepreneurs.

Rotterdam is a European gateway

Holland and particularly Rotterdam are known as the gateway to the European continent and represent a major transport hub. Companies located in the city of Rotterdam can reach more than 150M consumers in a radius of 500 kilometres.

Rotterdam is easily accessible by all means of transportation: via its port, the Maas River, railroads, roads and air. In this respect, it has the best connectivity in the whole of Europe. The airport in The Hague connects it to over 40 destinations abroad, while Amsterdam’s airport, Schiphol, is 30 minutes away by train. The port of Rotterdam is the largest in Europe (8th largest worldwide).

Innovation is ever present in the culture of Rotterdam

The favourable entrepreneurial climate of the city attracts venture capitalists, innovators and start-ups. There is a variety of programmes and centres for development of innovations focused on supporting new and expanding businesses in fulfilling their potential. The main trends of development are aimed at finding solutions for global issues such as food and energy shortage and overpopulation. Popular themes are circularity, sustainability, new economy and smart technologies. The Innovation Ecosystem of Rotterdam is a network of representatives of the national government, different corporations, research institutions, financers and service providers that collaborate actively to deliver new services, products and technologies and, ultimately, bring forward the economy of Rotterdam.

The Netherlands has an attractive tax regime

The Netherlands has an attractive fiscal climate for new businesses. The government has adopted a competitive taxation regime to stimulate entrepreneurs and foreign investors. The rate of corporate tax is lower compared to other countries in Europe and there are incentives bringing benefits to international companies that have chosen to register their businesses in the country. Incentives include programmes for development and research (WBSO, RDA) and many subsidy schemes financed by private and public organizations to support medical research. One of the most important incentives for foreign corporations is the advance tax ruling system (ATR) with respect to proposed transactions adopted by the local tax authorities. The country has also concluded numerous international treaties for the avoidance of double taxation. All these factors contribute to the attractive image of the Netherlands in the eyes of foreign companies.

Low costs for operating a business

Rotterdam is an attractive city for investing and doing business. KMPG’s ranking of major world cities, a part of the guide on Competitive Alternatives for 2016, places Rotterdam 7th (the European city with highest ranking), while Holland 3rd in the countries’ ranking. The Competitive Alternatives guide is issued biannually and compares the costs of businesses at different locations worldwide, covering ten countries and over 130 cities. It focuses mainly on the costs of international businesses by location and type of operations. Apart from the overview of the expenses for doing business, the report contains important information about other factors influencing the attractiveness of the studied locations, namely: quality and availability of labour force, infrastructure, markets, economic conditions, legislation, personal living costs and general well-being.

The region of Rotterdam hosts world-famous universities and research institutions, including Erasmus University and Medical Centre, Rotterdam School of Management, Willem de Kooning Academy (WdKA) at Rotterdam UAS, Codarts and TU Delft. Erasmus University, named after the theologian and humanist born in Rotterdam, maintains a position in top 100 in the most popular international university rankings, including Reuters’ ranking for innovative universities for 2018 where it scored 56th. Besides prestigious institutions for high education, the city hosts several renowned schools for secondary and primary education.

The city has a very productive, highly skilled labour force. The main factors that contribute to the availability of qualified professionals are the openness of the country for international businesses, including its good fiscal climate, the top-class educational institutions in the region of Rotterdam and the outstanding performance of the city in major business sectors. Holland is placed second in Europe for talent availability.

A wonderful place to work and live

Along with its competitiveness as a place for doing business, Rotterdam is an excellent city to live in: welcoming, friendly and open-minded. It already has citizens from all around the world. International workers and expats will feel at home in the dynamic metropolis. Rotterdam is rife with possibilities and areas for exploration. The Netherlands’ architectural capital is safe, accessible and offers all types of accommodation covering a wide price range.

In case you are interested in starting a business in Rotterdam, please do not hesitate to contact our incorporation agents. They will provide you with more information and legal advice. You can also read more in our in-depth guide.